Cruising Alaska on a Budget;
A Cruise and Port Guide 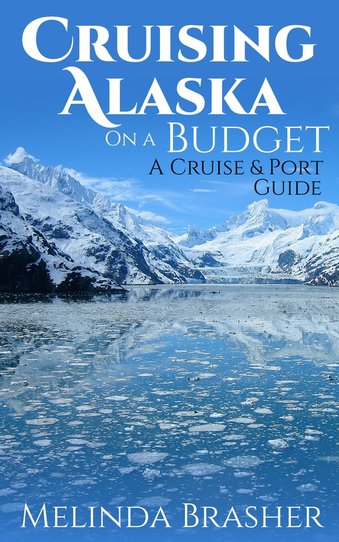 Alaska: soaring mountains, ice-blue glaciers, and forested islands. Colorful history and culture. Majestic wildlife. All of this makes Alaska one of the most beautiful places you can cruise. Add to that the ease, fun, and luxury of a cruise, and you have a perfect trip. Happily, it's more affordable that you think.

-how to find good cruise prices and what to expect in the way of hidden expenses
-life aboard a cruise ship
-types of Alaskan itineraries and cruise lines
-practical information for each port and embarkation city, including public transportation
-free and inexpensive things to do in each port, with prices listed
-descriptions of free and beautiful hikes withing easy reach of the ship
-Canadian ports included on Alaskan cruises
-pictures
-fascinating tidbits about glaciers
-a quick wildlife guide, including hints on where and how to spot various animals.
-resources, including lists of books, movies, and TV about the places you'll see

If you've ever dreamed about visiting Alaska, seize your chance now.
Buy on Amazon 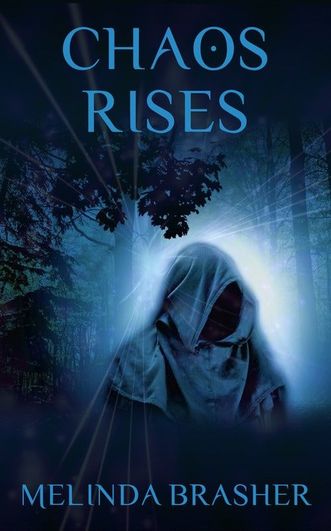 The day the hill tiger attacks, young Hala realizes excitedly that she may have the gift. As time passes, however, she wonders what good it is: a power that manifests itself only in the ability to accidentally summon animals at inconvenient times. The local mage hasn't been able to teach her to control it, and she can't even reliably summon her own sheep.

Then one day she returns home to find a black-cloaked stranger holding her village under a terrible spell. Alone, she must find a way to save her family, her friends, and the boy who has finally begun to notice her.


You can enjoy this stand-alone short story by itself, or read it in conjunction with Far-Knowing, which takes place after the events in Chaos Rises. 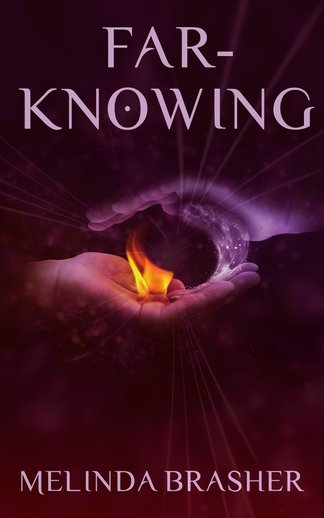 After the Chaos Mage traps their mentor within a deadly spell, two apprentice mages set off to find and defeat this menace to the kingdom. But how can these inexperienced young women possibly track down and battle the sort of man who destroys villages with summoned wind or fire just for fun?  They've learned no aggressive magic and never tested themselves against a real enemy.

Kallinesha, still an apprentice after seven years, struggles against her lack of raw magical power, compensating instead with discipline and study.  Daughter of the High Commander, driven relentlessly by the duty in her blood, she knows they can defeat the Chaos Mage and safeguard the kingdom.

Ista, a commoner and daughter of a city baker, harbors no such delusions. But after only three years of study, her power burns much brighter than Kallinesha's.  The task before them terrifies her, but she loves her mentor too much to let her waste away under the Chaos Mage's spell.  Not if there's the slimmest chance of saving her.

The two have never been able to get along while studying magic.  Will they be able to work together now when so much is at stake? 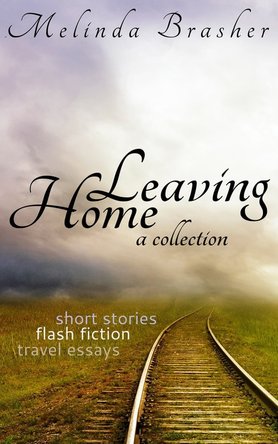 A train breaks down in the middle of a snowstorm.
A marine biologist makes a discovery.
Tipsy Polish card players welcome a traveler.
Desert rain delivers hope.
A girl searches for a ghost from her past.
Revenge backfires.
A pirate boy falls in love.
The jungle awakes.
On a cruise ship, paranoia strikes.
Fairy godmother magic comes from an unexpected source.
Dance overcomes the barriers of language.
A blackmailer gets lucky.
A neighbor's death reveals a dark surprise.

Enjoy these and more in Leaving Home, a collection of my short stories, flash fiction, and personal travel essays.